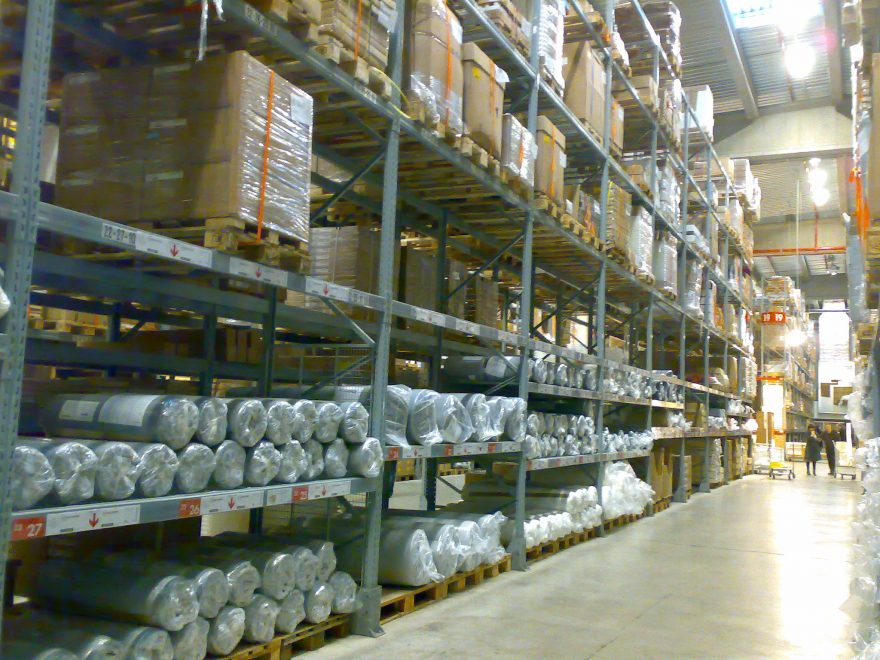 In 1984, accommodating 40-hour run times for problem solving software was the norm for many companies worldwide. Liberating businesses from this efficiency dead zone meant developing a hardware solution that sped up company systems by 1000 per cent.

Three Mitel engineers cracked this code, freeing companies from the regular practice of running on out-of-date data until the weekend when lumbering programs could sloth through their computing tasks uninhibited.

In the wake of this revelation, the group of three resigned their positions at Mitel and formed the Ottawa-based Cadence Computer Corporation in 1984, which would be rebranded twice more until becoming Kinaxis Inc. in 2005.

Mike McAllister, the company’s manager in Influencer Relations, says the big goal is to find “the Elon Musk of supply chain planning.” To McAllister and other experts within the company, that could look like increasing the role of artificial intelligence, A.I., in company systems.

Kinaxis went public in June 2010 under the management of former CEO Doug Colbeth, who took over Kinaxis in 2003 when it was grossing $15 million. In the nearly eight years since hitting the Toronto Stock Exchange and now under the leadership of current CEO John Siccard, Kinaxis can be said to have emulated an Elon Musk rise to the spotlight, recording a gross revenue of $116 million for 2016.

Revenue jumped 27 per cent from 2015, however Kinaxis only profited nearly $18 million in 2016, almost $6 million less than the one before.

The company reports the decline in profit is due to expansion costs like increased headcount and the use of third party providers. It ended its third quarter on Sept 30 and is already sitting at nearly $15 million in profit so far for 2017.

Kinaxis services are subscription based and are delivered over-the-cloud to customers like car and pharmaceutical manufacturers, hospitals, consumer-packaged goods providers and tech companies. Programs run by the corporation smooth hiccups in production lines. Put simply, the company deals in efficiency. However, McAllister says Kinaxis stops at the client’s storerooms and isn’t involved in product delivery to everyday consumers.

Its true effectiveness, McAllister says, is in the company’s ability to save its clients money by improving inventories. He says Kinaxis does this through reducing the amount of time stock sits on shelves by implementing “just-in-time delivery of what the company needs in order to put something together and bring it to market.” McAllister, says this relationship “is essentially the crux of what the software does.”

A newly minted member of Kinaxis, one of McAllister’s goals for 2018 is to “establish a stronger thought leadership foothold in the supply chain community.” Part of his mandate is to promote the brains behind the company systems and gain them a larger audience.

Step one of creating this dynamic, he says, is identifying key employees that grasp the big picture, what the purpose of the software is and share the optimism for where the company is heading. McAllister says it’s “beyond just making sure a part gets from Korea to Detroit in time. What greater impact does that have?”

Like the word “kinetic”, McAllister says Kinaxis is in part named for its services as they’re always moving, always calculating—nearly to the point where they could have a life of their own. “Everything is connected,” McAllister says, “supply chain planning is the same thing, it’s a massive living organism.”

During a recent town hall meeting the company held at its headquarters in Kanata, Ont., McAllister says the topic of increasing the role of A.I. in the company’s product line was discussed.

“We want that supply chain to be able to heal itself,” the manager says, “We’re introducing artificial intelligence and machine learning capabilities into the software that will help these networks of supply to fix themselves when there’s a problem.”

The idea behind an automated system for the company’s supply chain management, he explains, is to quickly provide an alternate source for a client’s production line in the event something like a storm were to interfere with deliveries.

Jim Davies, an associate professor at Carleton University says from a business standpoint the implementation of more A.I. in companies “sounds like a great idea.”

Davies, who has a PhD in A.I., also sees a possible positive boost to customer experiences, as increased A.I. tends to create an environment for “better customer service and cheaper prices.”

However, what’s in the best interest of society and what will benefit companies doesn’t always line up, and a lot of unease in society exists towards increasing the presence of A.I.

Artificial intelligence on the job

A common fear when discussing the implementation of A.I. in the workforce is that it will render jobs obsolete, most commonly the voiding of labour-intensive jobs. A.I. is a progression of industrialization, escalating from the invention of automated sewing machines in factories to the personalized product recommendations on Amazon to how A.I.’s create the flight schedules for airports.

Davies says it’s up to the law to regulate A.I.’s impact on society. The issue, he says, comes down to how countries compete with each other, so there can be a breakdown in the desire to be responsible as lawmakers because the outcome is that “our companies don’t compete on the global market because other countries with less stringent ethics do better than we do.”

In a webinar, Brian Tessier, the vice president of Global Supply Chain Planning Innovation at Schneider Electric said that he imagines technologies like A.I. “to not be mature for maybe another five to ten years.”

It may be that big company movements involving A.I. could take a few more years before becoming regular products, however Davies reminds that A.I. is already widespread in regular life. “People don’t call it A.I. all the time because they think of A.I. as an intelligent robot like C-3P0,” Davies says.

Kinaxis programs like RapidResponse, one of the company’s key services, might not resemble the worrisome Star Wars character but the benefits of A.I. in increasing the company’s goal of efficiency are paramount. “Any kind of scheduling and planning, “ Davies says, “computers are way better at that than humans are.”