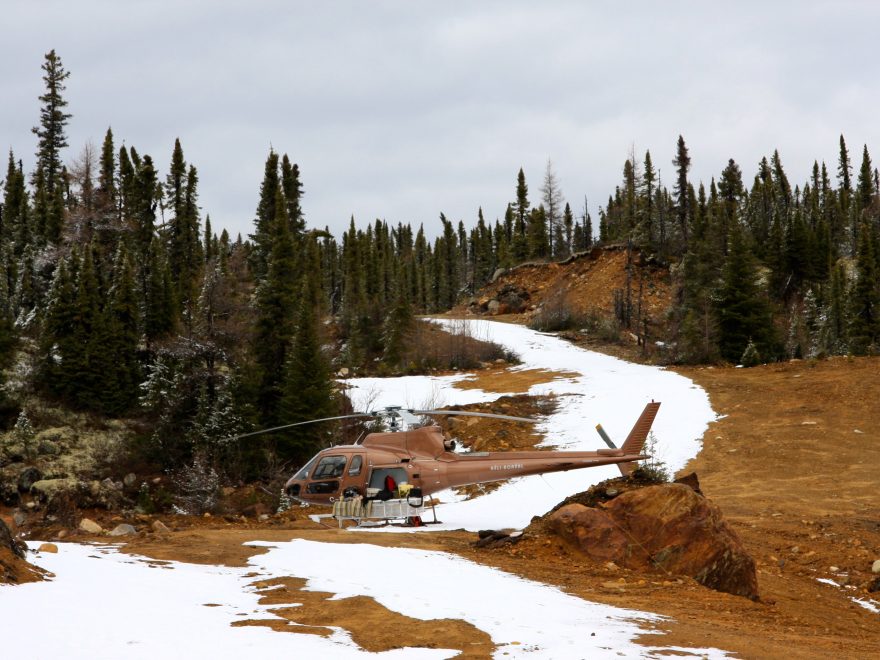 Focus Graphite, a junior graphite-mining company, is preparing to jump from the exploration stage to the production phase of its growth.

“We expect to have our permitting complete and be underway in terms of construction by spring 2018,” says Chester Burtt, a director at Focus. “(The project) will take 18 months to build, so we hope to be in production by Q4 of 2019.”

The company is currently exploring several sites, but the construction Burtt refers to is for its flagship, the 100 per cent owned Lac Knife site in eastern Quebec. The company expects to extract more than 44,000 tonnes of graphite per year from Lac Knife, over a 25-year period.

Focus still needs to complete its funding for the project, but Burtt says it should reach its goal by early next year.

Funding aside, Burtt says the company’s focus is on minimizing risks at the production stage, making the mining operation comfortable for stakeholders.

“There’s no spot market for graphite – it’s not like gold or silver,” said Burtt. “It’s totally based on supply agreements with customers. So the major challenge is pre-selling your graphite to battery customers so that you have the signed contracts and the project is de-risked.”

With a number of off-take agreements, including the graphite industry’s first-ever long-term international off-take agreement with a Chinese company, Focus has already made significant strides towards de-risking its Lac Knife mining operations.

Two smaller off-take agreements are with Grafoid, a company led and co-founded by Focus Graphite’s own CEO and co-founder, Gary Economo.

According to a 2017 report by Allied Market Research, the global graphite industry is set to grow to almost $19 billion in 2020 from $13 billion in 2013. A key source of this demand growth is the increased interest in lithium-ion batteries. For example, according to Natural Resources Canada, global demand for electric vehicle batteries is expected to grow by approximately 30 per cent by 2020.

Currently, Canada plays a small role in global graphite production – in 2016, the country accounted for only 1.8 per cent of production.

Eight Canadian graphite-mining companies, including Focus, are currently in the exploration or near-production stage.The China Connection

Karl Skogstad, a natural resource economist at Lakehead University, echoes many economists when he says a large part of the expected global demand for graphite comes from China.

But China also happens to be the world’s largest producer of graphite, and Skogstad says Canadian companies face a challenge in entering the Chinese market.

“The disadvantage a lot of Western companies have, as opposed to Chinese companies, is that the Chinese government can play a more active role in their businesses,” he explained. “It makes competition a bit more difficult when you’re going up against firms that have a State apparatus behind them.”

NRCan spokesperson Catherine Leroux says other challenges impacting the competitiveness of Canadian mining companies looking to distribute to the Chinese market include “geographical distance” and “high transportation costs.”
Despite these obstacles, Focus Graphite’s biggest deals are with China. With the predicted demand growth from China, as well as the difficulties other companies face in entering the market, this should make Focus Graphite’s off-take agreements enticing to investors.

Focus Graphite’s December 2013 deal with an unnamed Chinese tech conglomerate orders a minimum of 20,000 and a maximum of 40,000 tonnes of graphite per year, over a 10-year period, once production is underway.

The company’s connections to the Chinese market seem to remain strong, with the 2016 announcement of a joint venture with Xiamen Tungsten Co. Ltd, China’s largest producer and exporter of tungsten products. In compliance with the agreement, Focus will provide Xiamen with graphite for a number of applications in the Chinese market, including lithium-ion batteries and graphene coatings.

Focus Graphite has one big advantage which its management say give it a competitive edge: the purity of the graphite at its Lac Knife site.

“We’re a very high-grade, high-purity graphite resource,” said Burtt. “As a result, we can have the lowest cost of producing a tonne of graphite.”

The graphite at Lac Knife has a purity of about 15 per cent graphitic carbon, and most of the impurities are on the graphite flake surface, allowing for an estimated production cost of $441 per tonne of concentrate.

“This translates to pricing that our competition can’t match,” said Burtt.

The company’s primary focus is the Lac Knife project, but it has many projects on the go, the most notable of which is the exploration of its Lac Tétépisca site, south of Lac Knife. The graphite in this site is lower-grade than the graphite mined from Lac Knife, so the company hopes to extract large-flake graphite from it, for use as weight-saving and heat-resistant polymers in electric vehicles, aircraft, and drones.