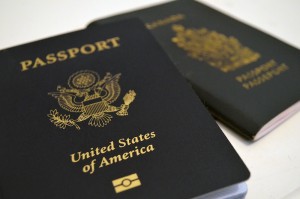 Uncle Sam will start peering into my bank account next year.

I’m not alone – around a million people in Canada will also be affected by the recent approval of the Foreign Account Tax Compliance Act (FATCA), which will require Canadian banks to collect financial information on their American clients and send it to the CRA. This information will then be forwarded to the U.S. Internal Revenue Service (IRS) in 2015.

Information on anyone considered a “U.S. person” will be shared between the countries. This group includes dual citizens, Americans living in Canada, green card holders, and anyone with an American parent.

As a dual citizen living in Canada, what effect could FATCA have on my personal finance plans? The answer is complicated.

FATCA doesn’t change existing laws that require any member of the affected group to file U.S. tax, said Dean Smith, a partner at Toronto-based accounting firm Cadesky and Associates. However, FATCA will make it easier for the U.S. government to find people in Canada who are avoiding American tax responsibilities, Smith said.

This group should file taxes immediately to avoid steep fines and punishments, he said.

“Come in before they catch you,” he said.

Filing taxes in both the U.S. and Canada doesn’t mean young adults will owe money to both countries. Most people don’t end up paying taxes to the U.S. government because of Canada’s high tax rate and America’s foreign tax credit, said Shawn Roussy, U.S. tax services manager at Logan Katz, an accounting firm in Ottawa, Ont.

Under this system, the amount that a person pays to their country of residence is used to offset the taxes ordinarily owed to the U.S. For example, if I live in Ontario and earn $40,000 a year, I’d pay 20 per cent income tax in Canada. In the U.S. this income would be taxed at 15 per cent. After I’ve filed taxes in Canada, the 20 per cent that was already taken off would cancel out the 15 per cent owed to the U.S.

While FATCA may never affect my income tax, experts say it should change my investment strategy.

The complicated reporting process isn’t worth it for most of these accounts, he said.

“Until the IRS simplifies reporting, I wouldn’t have any TFSAs, RESPs or RDSPs because those are considered foreign trusts for U.S. purposes,” Smith said. “RRSPs are fine because they’re covered under the tax treaty.”

“I would recommend everything but mutual funds,” he said. “In the U.S., they may treat unit holders of a mutual fund as a passive foreign investment, and there’s extra compliance and there may be extra tax.”

Smith added that he also wouldn’t advise dual citizens to invest in exchange traded funds because the “compliance burden is just a nightmare,” he said.

He instead recommends that young adults put their money in Canadian stocks and bonds because of the preferential tax status on dividends.

“If you want to be a U.S. citizen, it’s the cost of preparing a tax return,” he said. “Keep your citizenship for 15 for 20 years to know for sure that you’re not returning to the U.S.”