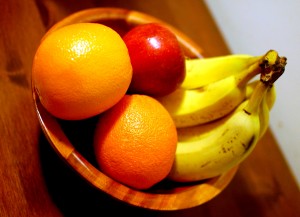 The public’s curiosity about veganism in on the rise. Google trends indicates the search for the word has gone up consistently since 2004 and even more in the past five years. With this growing mass interest, there has been a surge of vegan-friendly health products in stores in North America as well.

Does it cost big dollars to experiment with or live vegan?

Many think so, with many new and fancy specialty products made available and the organic movement happening. Eating vegan doesn’t mean someone needs fancy or organic products though, it just means someone avoids animal products.

The main reasons people switch to veganism in the first place are to help their health, the environment, and the animals.

Jodi Turner is a holistic nutritionist from Ottawa. She explained there are different ways of eating on both sides of the diet spectrum. “[The price of groceries is] depending on what people are choosing to eat to begin with. Usually an omnivore diet is more expensive because animal products are expensive…and omnivores tend to eat more meat than they actually should.” she said.

What can make veganism more expensive, Turner explained, is whether or not they are buying a lot of supplements and specialty foods. Specialty products can include milk, cheese and meat alternatives. If someone sticks to whole foods as opposed to the former, it will be a lot cheaper.

“If the vegan is eating beans and nuts and lots of vegetables, they can source those things inexpensively,” said Turner.

Catherine Alarie is a fourth-year law major at Carleton University. She is 24 years old is vegan for ethical reasons. She also feeds her three-year-old son a vegan diet. Alarie spends about 50 dollars a week for the both of them on groceries. She is a fan of more whole foods eating, discount produce, and if she is splurging, she spends a little more on vegan cheese and supplements. “I think it’s the cheapest diet there is,” she said.

Amber Dyck is a second-year environmental science major at the University of Ottawa. She is 21-years-old and believes she spends more on groceries than the average student because of her efforts to be a conscious consumer. She buys local and organic whenever possible, and pays more for local, grass-fed beef. She said she spends on average 50-75 dollars a week on groceries.

“I think that there’s lots of ways that students can eat cheaply and be healthy,” Dyck said. She suggested checking out the G-spot at Carleton University and the People’s Republic of Delicious at the University of Ottawa, because they make vegan meals every week from donated food, and give it out for free to students.

Turner explained that if a student on a budget sticks to buying whole foods and cheaper staple items from the grocery store, veganism could work for them.

“They could definitely do it. And if they’re willing to eat lots of beans and lentils and legumes, it’s a brilliant diet for them,” she said.