“There are a lot of them on the market [internationally],” explains Marchi, “but there’s only two available in Canada.”

Now in its second year, the small Bronson Street restaurant caters to gluten-intolerant or celiac diners. According to Health Canada, one in every 100 – 200 Canadians has celiac disease, an inherited autoimmune disease. The only current treatment for the disease is to strictly adhere to a diet completely free of gluten (the name given to certain proteins in grains like wheat and barley). 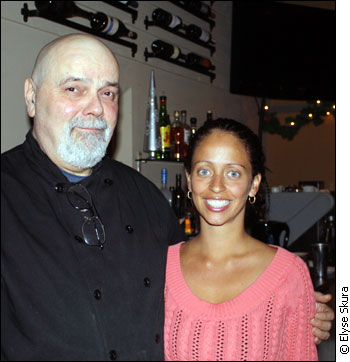 Marchi is happy to provide gluten-free beer options for patrons at Caprese, but wishes they weren’t so expensive.

“The beer itself is about twice the price of regular beer,” he says while catching a short break during an evening dinner service. “We pay about $16 for six beers.”

Caprese charges $6.95 for the gluten-free beers – the same price as a regular premium beer. Marchi says rather than passing that cost along to customers, the restaurant accepts a cut in its profits.

Because the ingredients used in gluten-free beers – most often rice, sorghum and buckwheat – are less commonly used, the malting process is much more expensive says Mittag.

If large malters, like the Canada Malting Company, began carrying these ingredients, says Mittag, it could “dramatically bring down the price for brewers.”

“I also believe that if more brewers get involved in gluten-free beers it will probably drive the cost down.”

Paying more for common foods and drinks is nothing new to Quintin Wight, spokesman for the Ottawa chapter of the Canadian Celiac Association.

Contamination is also a fear for celiacs

Wight and his wife both have celiac disease and eat a completely gluten-free diet. Even a small amount of gluten will make Wight so ill that he has to stay in bed for the day.

The side effects from eating gluten vary widely among those with celiac disease. Wight’s wife, Willow, is a “silent celiac” meaning that she has no obvious side effects. Wight himself will vomit within a few hours of having contaminated food. Others get diarrhea.

Since the beers are natural and unpasteurized, the cans have to be refrigerated and last for about six to eight months.

“Cross contamination is a great factor,” he explains. “It only takes 28 milligrams to do measurable damage. That’s the size of half of a grain of rice.”

That means that a company making gluten-free products must carefully clean their utensils and machinery.

This could be a major roadblock for large-scale brewers, where sanitizing production areas would be a major-undertaking. It’s a different story for operations like the Perth Brewing Company, where customers choose custom beer ingredients and add their own yeast during the brewing process.

“[Our gluten-free beer is] brewed in its own kettle, that’s cleaned, and we filter it in clean, brand-new filters,” says Cathy Brown, co-owner of the Perth, Ontario, business. The custom brewer came up with the recipe for the sorghum beer last spring.

For $150.00, customers get six cases of beer, with 24 cans in each case. The beer is brewed on site with no preservatives. Since the beers are natural and unpasteurized, says Brown, the cans have to be refrigerated and last for about six to eight months.

The gluten-free brew hasn’t been formally advertised yet, but Brown says test batches have been popular among groups like the Canadian Celiac Association. Now through the experimental phase, customers are already showing interest. 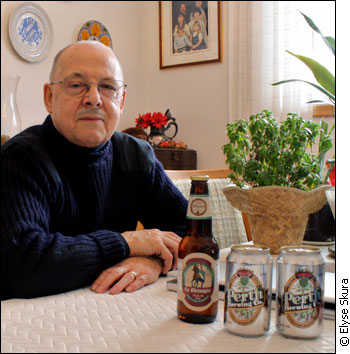 Quintin Wight has been on a completely gluten free diet since 1981.

“The initiative really just came from customers saying, ‘Call us if you ever make a gluten-free beer,’” she says, but “word has gotten out.”

People with celiac disease or gluten intolerance are always excited when they hear about a new gluten-free product and “beer is no exception,” says Wight.

When it comes to marketing the beers to a wider audience, explains Mittag, there may be a challenge.

“They’re fine,” Mittag says of the taste. “They have a little bit of a citric character. They’re not overwhelming on the bouquet or the nose and they’re very easy to drink.”

“I think people [who can have gluten] try them to see what beers made out of different ingredients might taste like, but it is unlikely that they would go back to them,” says Mittag, “mainly because they lack some of the complexity that is in other beers.”

That’s why Mittag thinks that small brewers, who can “turn on a dime,” are more likely to start a line of gluten-free beers.

“It’s a lot harder to justify making a sorghum-based beer for a national brewer who is looking to increase profitability,” he says. That hasn’t stopped Mittag from pitching the idea to several companies.

With testing for celiac disease improving and awareness about the disease increasing, Mittag says gluten-free beer is a huge opportunity that Canada just hasn’t exploited yet.

“I think gluten-free beers are something that if somebody were really smart, they would get into and market directly to physicians and the people who are starting to notice that they have gluten intolerance or are celiac.”