Aaron South is a few months away from completing his undergraduate degree, but as graduation approaches in June, exams are not the only thing on his mind.

“The past few nights, I’ve been sitting in front of my computer screen, tapping my pen on my desk, and watching the clock tick,” says the 23-year-old Carleton University student. 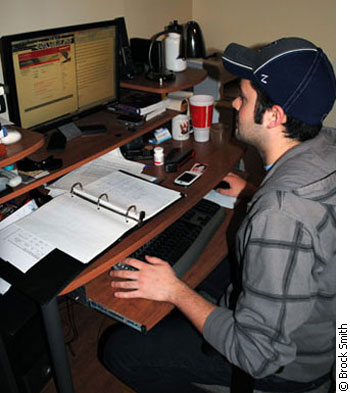 South has been looking for something in particular, but the search hasn’t been easy: “Finding a financial planner is a lot harder than I thought it was going to be.”

South wants to start investing when he finishes school, but admits he’s struggling to find a starting point.

The fact that South is interested in any investing at all makes him the exception for his age group, and far from the norm.

“No, I do not see many young people actively looking for financial planners,” says Kim. “There often has to be some kind of ‘triggering factor’ that leads them to want to find financial advice. He or she often has to be convinced that they should start now rather than wait.”

For South, this triggering factor is a push from his parents.

“They keep telling me to ‘get a head start’ and ‘don’t wait too long, or you’ll be broke,’” says South. “I know they’re looking out for my future, and I agree with them that investing makes a lot of sense for someone about to graduate.”

Among few young people who decide to seek the help of financial planners, Kim has noticed that many seem to be following in their parents’ footsteps.

“Some young people do choose the same planner, either out of convenience or lack of interest in finding their own,” says Kim. “Young people often think that if this financial planner worked out so well for their parents, then the same must hold true for them as well.”

THANKS BUT NO THANKS

That can work if young people have similar financial goals as their parents, but South is taking a different direction.

“Don’t get me wrong, I value their opinions. But I need to blaze my own trail,” says South. “For me, it’s a step towards self-sufficiency.”

Despite the fact that South is searching for an advisor, experts say he shouldn’t wait too much longer to make a decision.

South plans to invest $75 a month after he graduates. If he invests this money consistently for five years, at a basic average rate of return of two per cent, then he will have saved $4,783.43 by 2016, something South says “would be a good start.”

“I want to start off investing small, but still be consistent,” he says. “If I can keep putting $75 a month away, month after month, I know I can build on this down the road.”

Earning more money isn’t the only factor to take into consideration when beginning to invest.

“We are all living longer. If we continue to expect to retire by 65 or even earlier, that could mean that our retirement funds need to last longer and longer,” warns Kim. “Strangely, the question for young people these days should not be, “What if I die?” Rather, it should be, “What if I don’t die?”

“The one regret that I hear most often from seniors is, ‘I wish I had started earlier.’ It all catches up with you in the end.”

South plans on meeting the first potential advisor at his local bank branch, though he also wants to meet with a few independent planners before he makes a decision.

“Independent planners can cost a little more, but investing is also their sole focus,” says South. “I’ll have the comfort of knowing my portfolio is being dealt with by someone whose job revolves around making money for clients.”

Kim agrees that when it comes to selecting a financial planner, trial and error can be very effective. 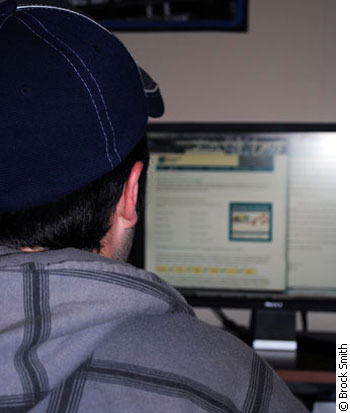 “I recommend that (young people) interview at least two to three financial advisors to get a feel for a personality and financial planning philosophy match,” says Kim. “Above all, they should go with their first instinct. Just as on a first date or first meeting with a prospective employee or friend, sometimes things just click.”

Some important factors to look at when meeting a potential advisor include the firm’s reputation, the planner’s background, experience and management style, and whether the client feels as though they are legitimately involved in the investment process, as opposed to simply being told what to do.

Kim also notes that young people should ask advisors about their typical client. Having a quality advisor-client connection stems from the advisor’s ability to recognize the financial concerns young people face, such as student debt, travel expenses, relatively low income, and saving for a new car or apartment.

“Most people will know within the first few minutes if they would want to pursue a long-term financial relationship with a prospective advisor,” says Kim.

South says he needs to do a little more research before meeting potential planners, but he is quite eager to dive into the world of investing.

“It’s about time I start looking into my future,” laughs South.

“We all know I can’t live in my parents’ house forever.”