Ilyas Tekin is an engineer. At least, that’s what you could call him in Turkey. In Canada, he’s an entrepreneur.

Since immigrating to Canada in 2010, Tekin has started his own company, working in almost the same field as he did in Turkey, but unable to do any actual engineering. Instead, in Canada Tekin is an exporter rather than a manufacturer of machine parts. 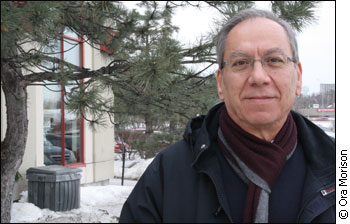 Ilyas Tekin, a Turkish engineer, arrived in Ottawa in 2010 and immediately started up a business.

“We are not selling engineering services,” Tekin says. “But I thought I could manage a good business here.”

Tekin could have become a certified professional engineer in Ontario, but it would have been complicated.  On top of providing documentation for his decades of work in Turkey, he would have had to find a job where he would spend between one and four years working under a Canadian engineer. In his sixties, and with two daughters and his wife to support, the prospect seemed daunting. Opening his own business, despite the undeniable risk involved in self-employment, was more attractive to Tekin.

As a group, immigrants may be predisposed to these kinds of risks by their nature.

Immigrants are more likely to be self-employed than any other group in Canada. Roughly 13 per cent of immigrants choose to work for themselves in Canada, according to the 2006 Census, compared to 10 per cent of the Canadian-born population.

For newcomers who face barriers to getting a job in Canada, self-employment is termed a “survival strategy,” according to focus group research conducted by Ottawa’s Social Planning Council. The reality may also be that immigrants generally possess characteristics that make them good entrepreneurs. 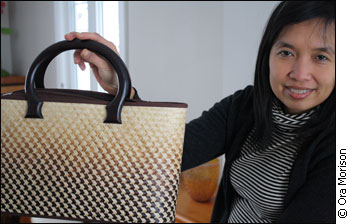 Esser imports Thai cosmetics and crafts from her native Thailand.

“It’s a type of personality,” Mrdjenovic says. “The pursuit of independence, and personal success.”

Mrdjenovic says her own immigration experience revealed to her the different personality type often possessed by immigrants.

“I remember when I came from Serbia and there was a war going on … a lot of people were talking about moving and they didn’t. Moving to a completely new country is a risk,” Mrdjenovic says.

The will to win

Tekin is an example of that. He says his drive to succeed and positive attitude helped him work through an uncertain period of almost a year when he was searching for his first North American supplier.

“All my life I always struggle, but I always believe I will win,” Tekin says. “I’m a very optimistic man.”

Of course, newcomer entrepreneurs do all they can to minimize their risk. Mrdjenovic says import and export business ideas are popular among recent immigrants.

Tekin saw opportunity in exporting to the contacts he had already cultivated during his career in Turkey. Nui Esser, a former LASI Worldskills student who immigrated in 2010, has set up a business to import environmentally friendly products made in rural villages in her native Thailand. 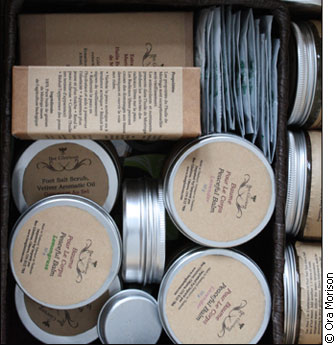 Nui Esser buys products from villagers in Thailand and sells them in Canada.

Esser had traveled throughout her native country and met villagers who make skincare products, handbags and mats from natural ingredients. Watching them work, she saw a business opportunity.

“They can make good products but they don’t know how to sell,” Esser says. “I had a dream that one day I’m going to help them.”

When Esser arrived in Canada with her husband, she got to work setting up her business, called Bee Glorious almost immediately. Esser pays the villagers at a price that they determine, and then sells the cosmetics and crafts on her website.

“The idea is you pay them enough that they ask for and you know they are not slave labour,” Esser says.

A few months ago, heavy rains delayed shipments from the villages. The businesswoman in Esser rolls her eyes at the frustration as she recalls it, but Esser also knows this is just part of doing business in Thailand. Her connection to Thailand makes her more comfortable with the nature of the challenges of doing business in her home country.

Now half a world away, Esser is committed to overcoming those challenges and facing new ones in Canada. Right now, she is working to partner with spas to have her products sold in physical locations as well.

“I worked really hard and I’m ready to go,” she says.