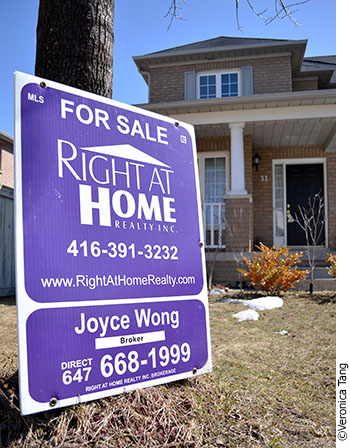 For most homeowners, paying off the mortgage is the top priority. It’s almost counterintuitive to refinance a mortgage-free property and invest in another, but that’s exactly what self-proclaimed money and life consultant Noreen Kho prescribes.

“Everybody has a dream of paying off their home, and I never understand,” says Kho, a Home Loans Canada mortgage broker in Richmond Hill, Ont.

With relatively low interest rates, mortgages force people to save through regular payments. By overcoming the fear of having a mortgage, Kho says people can put their money to work, rather than letting it sit in a mortgage-free home. It’s an investment strategy she boasts as “bulletproof.”

THE PLAN IN ACTION

For unemployed single parents like my mother, Eva Sze, a bulletproof money-making plan is hard to pass up. Sze was completely debt free and stopped working in 2000, but a divorce in 2005 made it harder to pay the bills. She says Kho’s method of refinancing her house and investing in secondary properties sounded “quite safe.”

“Money won’t come by itself,” Sze says. “It sounds right to use your money to generate more money.”

Secondary properties are the way to harness market gains, insists Kho. Through time, she says home values rise, but homeowners only benefit if they have properties to sell.

RIDING OUT THE MARKET

Sze hired Joyce Wong, her longtime friend and a Toronto-based broker with Right at Home Realty, and purchased a townhouse and a pre-constructed condo unit.

Although secondary properties can help build equity, says Wong, it only works with market upswings.

A TD Bank report released in March however forecasts flat home prices for the next decade. Prices climbed seven per cent per year in the last 10 years, but are projected to grow just two per cent in the next decade. During downturns, as TD predicts will be the case until 2015, Wong says investors must be mentally strong.

“This is quite stressful,” says Wong. “It’s your money you’re playing with.”

Making matters worse, Sze struggled with a high tenant turnover. She had eight renters in five years between her two properties. Each stayed barely a year. Even then, rental income barely covered expenses. With every change, Sze paid thousands of dollars in closing costs, land transfer taxes and commission.

“People always say, ‘Yeah, I made a profit. It looks good,’ ” says Wong, “but they don’t tell you all the little fine print, all the other expenses you had to pay.”

After paying taxes and commission, Sze didn’t even break even.

The condo unit fared better. Sze kept it for the full five years before selling it in March 2013 for a $55,000 profit. But after paying off her own mortgage, Sze says she’ll be lucky to make $25,000 in actual profit.

Kho considers Sze’s investment a “half failure,” and says she should have kept the properties. Standing by her bulletproof strategy, Kho argues that Sze panicked and killed the plan too soon.

“We are not flippers. We don’t sell,” says Kho bluntly.

Given 10 or 15 years, she insists property value rises. Eventually, Sze would make enough money to refinance the properties and repeat the process with new houses.

As a realtor, Wong also sees clients investing in secondary property for extra income. Her advice?

Use extra money for investments instead of getting funds through refinancing.

“If you keep refinancing,” says Wong, “you’re basically taking away from your property . . . You’re always in the hole.”

While Wong agrees the market may recover given time, Sze isn’t willing to wait and see. She lays her five-year plan to rest this year, saying the potential gain isn’t worth the worry.

“What I’m afraid of is after the whole plan, I will have a mortgage . . . instead of being mortgage free in the beginning,” says Sze.

In the end, Sze says the plan is only bulletproof for those collecting commission and taxes. Though Sze says she’s happy to pay professionals for a service, she won’t be taking another stab at property investment anytime soon.

“It’s always easy to see other people make money,” says Sze wistfully. “Seems easy. But when it’s you, then it’s not.”